“Hey Jupiter, No one is picking up the phone, I guess its me and me” Tori Amos – Hey Jupiter.

Well, its been feeling a little bit like that since Jupiter turned retrograde on 9th December 2014.  Jupiter the great benefactor, our jovial Joie de Vivre, is turning his spirits around THIS Thursday after a 4 month retrograde in Leo. Retrogrades are tricky little pieces of time travel where a planet is moving backwards, so its energy is not manifested directly or in a forward and expansive motion. All planets retrograde with the Mercury Retrograde being the most commonly discussed retrograde.

Retrogrades are a great time for going inward – introspection, reviewing, analysis etc. With all the heavy hitting astrology of this year, Pluto (deep transformation) square (difficult aspect) to Uranus (surprise, change, revolution), New moons conjunct Pluto, Blood Moons, Mercury retrograde etc Jupiter going direct on Thursday is going to be a welcome relief and one that resonates with people sooner rather than later !

Jupiter is the planet of luck, expansion, travel, jovialness, enthusiasm, higher philosophy – so with luck and expansion being restricted and not able to properly assert his energy with all this tough other astrology going down, this Jupiter direct is going to be the hit we need to start moving forward after a challenging start to 2015.

Jupiter has been in Leo since July 2014 and will remain there until August 2015 before moving in to Virgo. Jupiter in Leo gives you a good hit of 12 year luck and expansion wherever you have Leo in your birth chart, your finances, your career, relationships etc.  Jupiter in Leo is NOT shy, it’s not quiet, its got quite a nice bit of flare and expansion. Best of all he LOVES being in the fire signs. So when Jupiter moves forward in Leo on Thursday there should be a wee jolt, a wee raising of the spirits – more optimism, more room for growth, expansion and possibilities. After 4 months of mulling over how to make such things happen I must admit, it’s going to be fucking awesome having Jupiter back onside again ! Time to pop the Champagne and embrace the new opportunities that await in true Jupitarian fashion. It will be something sweet after all this evolutionary astrology thats been hitting our decks !  And lord knows recently we have all earned it ! 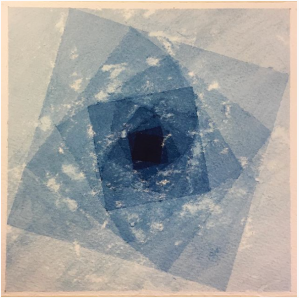